It all started after the Warriors beat the Clippers in their last meeting. Draymond Green was doing the usual postgame interview, when the Clippers’ Dahntay Jones walked into the frame and bumped Green mid-interview.

Jones was fined $10,000 for the action, but then Clippers coach Doc Rivers stuck up for his player questioning Green’s toughness. Green laughed when he heard this and called Rivers’ “Glen” (his given name) in a radio interview. Rivers responded he was just happy he could still get under a player’s skin.

Now Green is taking that a step further — how would you like a “cool story Glen” T-shirts, which went on sale Friday. 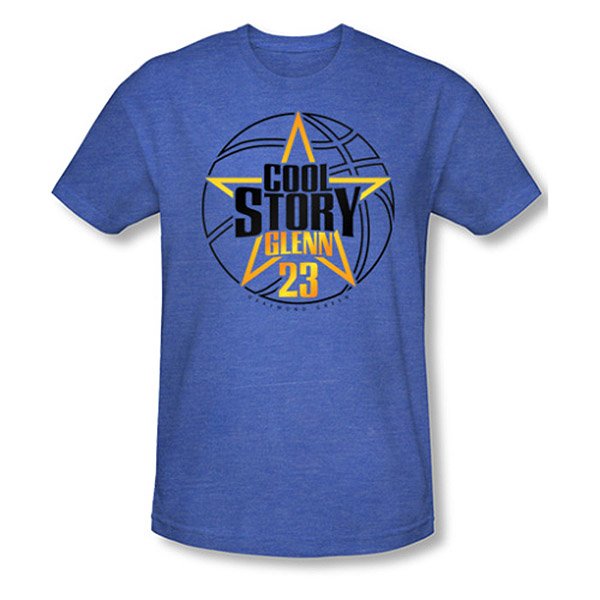 That is the phrase Green used in the radio interview. From Diamond Leung of the Bay Area News Group:

“I approved it,” Green said Friday, the morning after the release of the line of “Cool Story, Glenn” shirts on Athlete Originals that includes three different designs. “A lot of fans kept asking me for it, so the person who runs my store thought that it would be a good idea…

“It’s not for a lack of respect,” Green said. “I respect him. It’s fun. Throughout the course of the season, you find things that’s funny. You have to. It’s just fun. It’s no disrespect.”

Not so coincidentally, Green and the Warriors face off against a Doc Rivers’ Clippers on Tuesday night.

I truly hope these teams meet in the playoffs.