When was the last time you sent a letter? Not an email, an actual letter, on paper, with a stamp and everything.

One Seattle area teen recently sent out 30 letters, one to each NBA franchise asking why he should be a fan of their team (since it could be a little while before Seattle gets a team again). This was no form letter, each one was handwritten and included a drawing of the team logo. Here is what 16-year-old Connor posted on Reddit.

The Timberwolves were the only ones to respond to my letters!

Not only respond, they sent a letter with 10 reasons to be a Timberwolves fan — which was heavy on Andrew Wiggins related answers, as it should be — but also an autographed ball. Sure, the ball is a few years old (no Wiggins or Kevin Garnett signatures, but it did have Luke Ridnour) but still they responded and sent a ball. 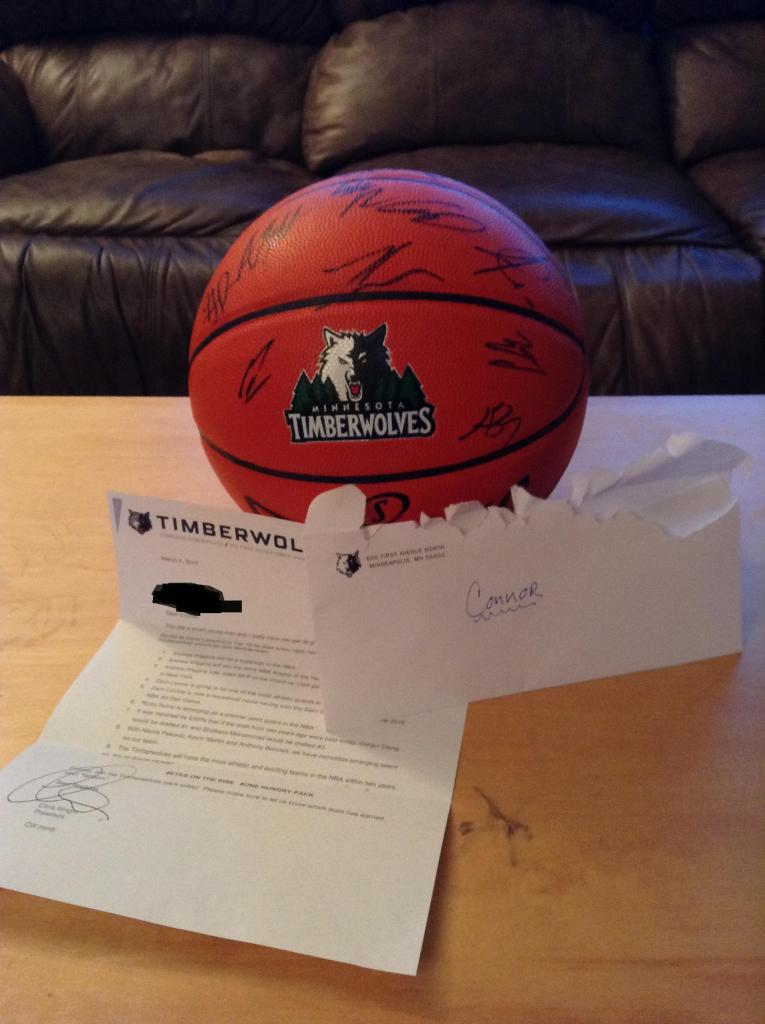 That is how you win a fan for life. Or at least until a team moves to Seattle. Well done, Minnesota.

Conner said he would be a Wolves fan on Reddit.

I’m probably not switching teams though because a response may be an attempt to compensate for this reddit post. Needless to say, I’m a Timberwolves fan now!”