All-Star week has wrapped, and as part of the festivities, we had a series of posts that were intended to give you an inside look at what was going down on the streets of NYC. This time: A look at the insane LED court Nike installed at its Zoom City Arena.

NEW YORK — Nike Basketball had a lot going on during All-Star weekend in NYC in terms of places for fans to interact and engage with the company’s latest lines of sneakers, and one of the cooler experiences was the Zoom City Arena which featured an LED basketball court.

“The regulation-size court incorporates a fully programmable LED screen to run content and interactive training programs. Consumers are invited to witness and work out with the best Nike athletes and Nike Master Trainers through virtual training programs and the signature move sequences of some of the best in the game.”

Fans were able to RSVP for appointments to come try out the newest in Nike footwear, and go through workouts and pickup games in what was a truly unique and fantastical setting. There were player appearances, too, where the likes of Anthony Davis and James Harden rolled through at times to check things out. 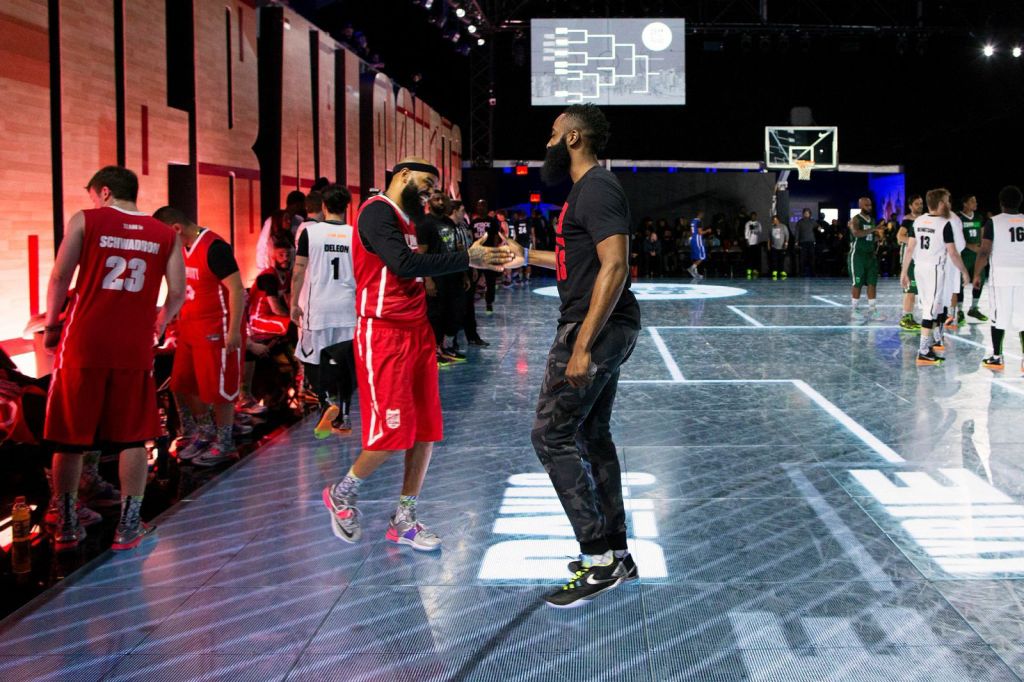 For more looks at what the LED court was capable of, search the #ZoomCity hashtag on Instagram and check out the many videos of the weekend’s action that exist.