NEW YORK — Patrick Beverley is known as an aggressive defensive player, one that exerts maximum effort on that end of the floor while not needing to do much offensively. And, he was a late addition to All-Star Saturday Night’s Skills Challenge, replacing John Wall who withdrew due to injury.

But the grit Beverley is known for was on display in this one, and was enough for him to get through three rounds of competition to take home the title in the Taco Bell Skills Challenge.

The format of the contest changed from seasons past, and it made things far more entertaining as a result. Not only did two players go head-to-head in a bracketed format, but they went through the obstacle course on the court at the very same time. 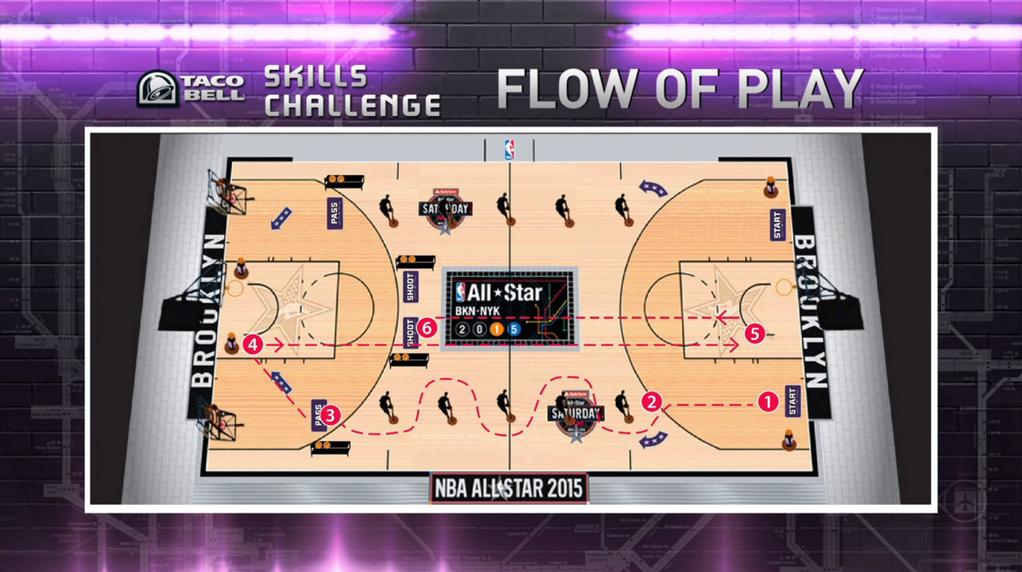 Beverley almost didn’t make it out of the first round. He and his opponent, Isaiah Thomas of the Phoenix Suns, were both shooting layups at the same time to end it, with each other’s shots knocking themselves out before Beverley finally squeaked one in.

In both of the final two rounds, Beverley fell behind significantly. He missed all three chest passes in each, which allowed his opponents — Jeff Teague in the second round, Brandon Knight in the final one — to get out to big leads. Had either of them made their final shots before Beverley could catch up, Beverley would have been eliminated, and rightfully so.

But Teague missed a couple of three-point attempts, and Beverley made his first to advance. And, in the final round, Beverley again knocked down his first three to win the title, after misses from Knight once again allowed Beverley to catch up.