Somebody is making their All-Star case loud and clear. 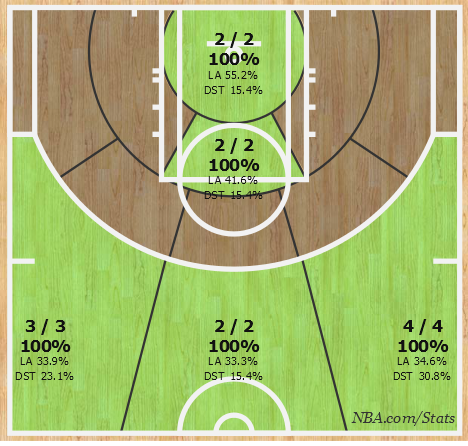 So tell me again how there is no hot hand in the NBA…..

The record had been 33 points in a quarter, a tie between Carmelo Anthony and George “the Ice Man” Gervin.

Thompson — a bubble All-Star guard in the West battling a number of other quality players for a spot — finished with 52 points on the night. If that shooting performance doesn’t make your case I don’t know what will. It also makes a case for Klay Thompson as one of the biggest emerging stars in the NBA period.