I would love to have been a fly on the wall when Stan Van Gundy walked into Pistons’ owner Tom Gores office and said “I want you to eat $40.5 million between this season and the next two so we can just cut Josh Smith.” Just making that pitch takes cojones.

But to his credit Gores said yes because it was the right move for the franchise. Josh Smith is no longer a Piston.

In this latest PBT Extra Jenna Corrado and I discuss the move by the Pistons and what it might mean about Greg Monroe going forward.

Then the big question: Who will sign Smith the free agent? Smart money is on the Rockets but a lot of teams want in that sweepstakes. That said, look Smith’s shot chart from this season and tell me how much he helps anyone. 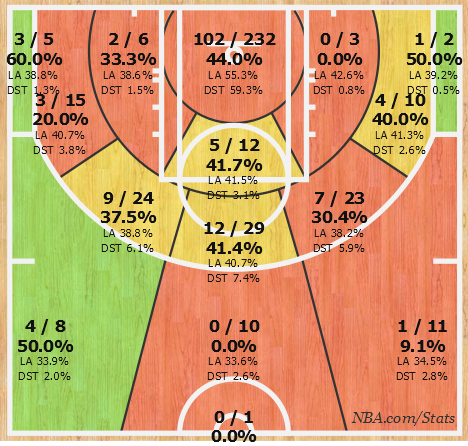