Christmas Day is the official start of the NBA season for many of the game’s more casual fans, and as always, there’s a full slate of marquee matchups scheduled, and the teams involved will be playing in specially-designed jerseys.

That last part is what the league’s latest ad spot is about, and features plenty of highlight defensive plays while creatively explaining the difference between gifts and no gifts.

As a reminder, the jerseys will feature players’ first names on the back, and full Christmas Day slate is as follows: 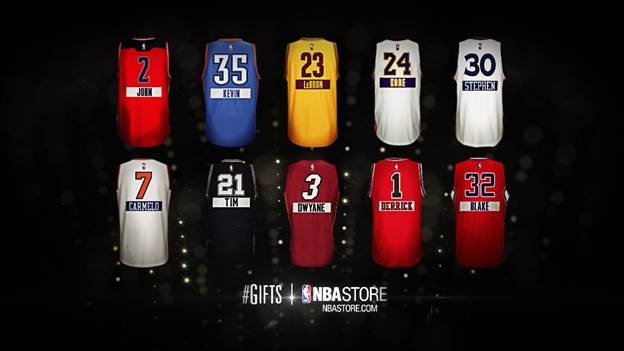