Why did LeBron James opt out?

I expect LeBron to explore his options, mostly just to make the Heat jealous. That way, he can apply pressure on Micky Arison to spend more money.

Unlike Carmelo Anthony, who automatically accepted a lower 2014-15 salary by opting out, LeBron could make more next season. 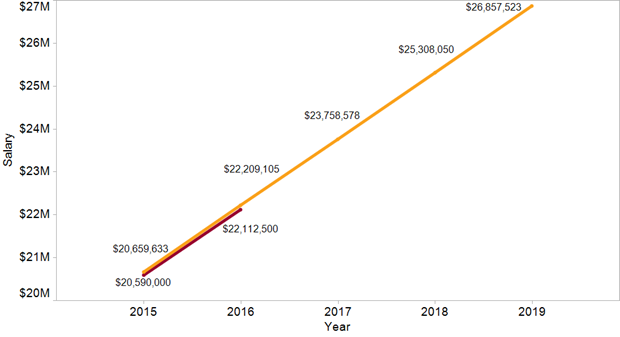 I doubt LeBron is preoccupied with making an additional $69,633 next season (and $96,605 if he stayed in contract the year after).

LeBron is positioned to listen to other pitches, pressure Arison, take a pay cut to make room for other players and/or make more money. Opting out gives him options.

If he wanted to opt in, why do that rather than opting out and re-signing a two-year deal with a player option for those slightly higher amounts? His flexibility and the Heat’s ability to sign free agents would remain identical.

LeBron had a chance to give himself a small raise. He might have different aspirations, but he’s at least keeping that door open. I doubt many of us would reject that opportunity.