We’ve marveled at the Spurs’ offense and overall dominance in the Finals.

But, a week after they the 2014 NBA championship, I still can’t get over how dominant San Antonio was throughout the entire postseason.

Here are the net ratings for the five teams that outscored their opponents in the postseason: 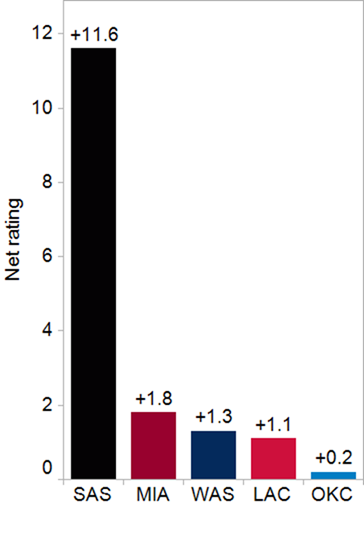 The Spurs just tower over the competition!

If you’re curious, here are the net ratings for every playoff team:

As amazing as the gap between the Spurs and the rest of the field seems, I wondered whether that disparity might be inevitable annually. After all, all but the NBA champion lose their final playoff series. 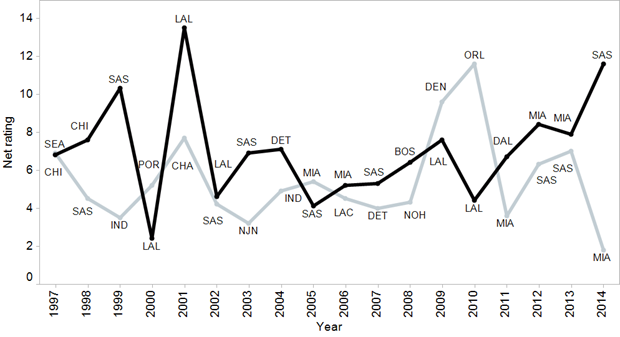 Since 1997, as far back as NBA.com records date, there’s never been an advantage over the field like this. Heck, the NBA champion doesn’t even always lead the playoffs in net rating.

The 2014 Spurs were an all-time great playoff team, second only to the 2001 Lakers in net rating in this span. Just as importantly, no opponents were equipped to challenge San Antonio.

The Mavericks somehow extended their first-round series with the Spurs to a Game 7. San Antonio won that by 23 points as part of a 13-4 run to close the postseason, leaving everyone else in the dust.