Of course he does.

But Tom Thibodeau has already begun making his case for Taj Gibson, so there’s nothing wrong with Rivers campaigning too.

On the merits, Crawford has a strong case. He might even be favored to win the award.

First of all, he’s eligible. Though Crawford started for stretches this season, he’s come off the bench in more games (43) than he’s started (23), and it’s too late to reverse that. 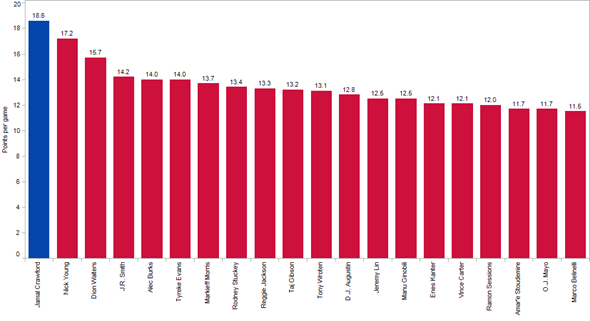 But when it comes to win shares, a catch-all stat designed to cover more than just scoring, Crawford doesn’t fare as well. 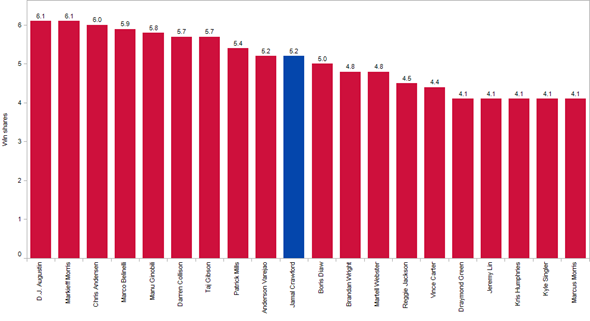 The Clippers have asked a lot from Crawford this season, a factor that should be considered in his candidacy. Unlike some reserves, Crawford has not been able to wait for advantageous matchups. He’s helped Los Angeles in all types of situations.

Does Crawford deserve Sixth Man of the Year? He’s definitely in the running, and the final 10 days of the season could still make the difference in a close race.

Will Crawford win Sixth Man of the Year? I think so. Scoring is just so important to voters.